For awhile now I’ve been trading emails with Chris Birch, the head of Modiphius ( 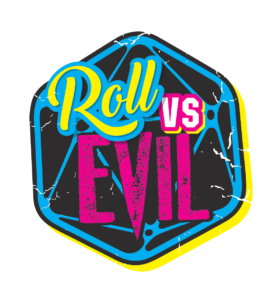 who publish the Rangers of Shadow Deep rulebook) about the idea of translating ‘gaming good’ into ‘real world good’. Well, Chris took that idea and he ran with it! Modiphius have just launched a new charity called Roll vs. Evil devoted to the concept.

They are kicking things off by calling upon all gamers to dedicate their games this weekend to the cause and to donate money to help fight human trafficking along the Ukrainian border.

Growing up, I always wanted to be a hero, a paladin, who fought to help people. These days, I’ve realized I’m more like ‘support staff’ in the fight against evil, but that’s an important role too!

I’m excited by the chance to help out. I would love for people to dedicate any games of Frostgrave, Stargrave, Rangers of Shadow Deep, Oathmark, The Silver Bayonet, and Operation: Last Train that they play this weekend to the cause.